New Lawsuit Filed Against GBGD and its CEO, Van Krikorian by Investor

You heard it here first..... According to the court roll published by the Royal Court of Jersey on March 28, 2014, Global Gold Corp and its CEO, Chairman, Director and Corporate Counsel, Mr. Van Krikorian,  are being SUED by Consolidated Resources Armenia (CRA).  CRA has invested approximately $7,000,000 in acquiring a 49% interest in GBGD's Armenian assets, namely the Toukhmanuk Gold mine and the Getik copper and gold exploration property. And now CRA is suing GBGD. Why?

I took the liberty to check the SEC filings for GBGD and there is no Form 8-K filed disclosing this lawsuit. By law GBGD must disclose material events, like a lawsuit, in 4 business days from having knowledge. There was no disclosure. 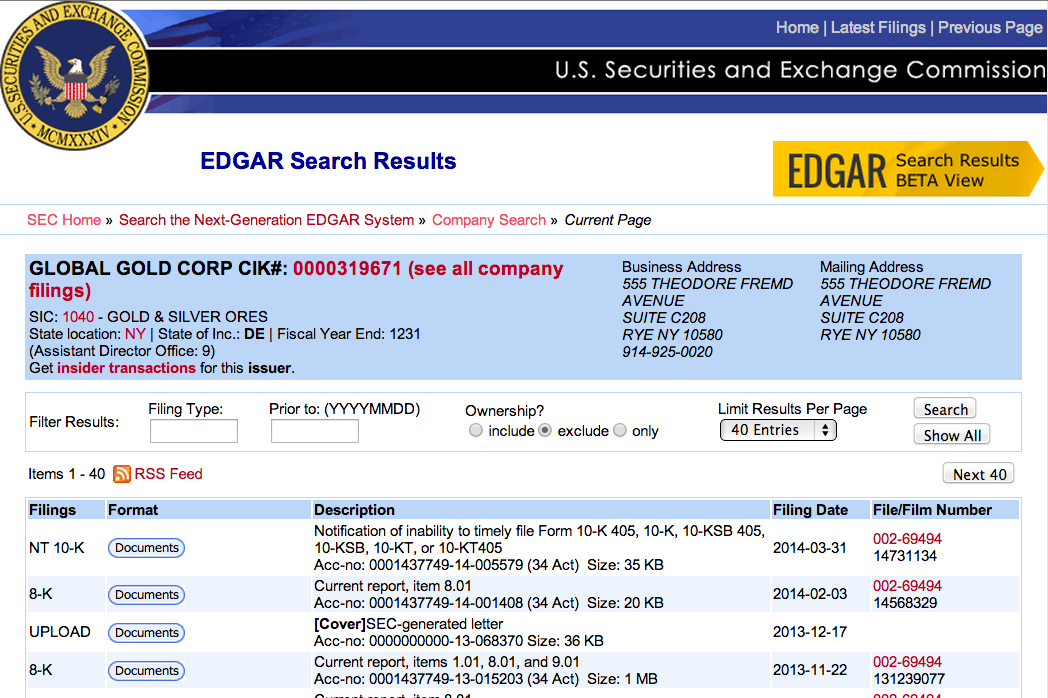 Global Gold did file a Form 8-K on February 3, 2014 stating that they have not closed Binding Heads of Agreement to merge GBGD's Armenia assets with Signature Gold of Australia. (see GBGD 8-K filing of September 5, 2013).

It will be curious to see how GBGD and Van Krikorian, who received $7,000,000 cash from CRA, that they are not able to close a deal since 2011, and in fact this will be second deal they failed to close. And how will GBGD explain to the SEC that it has failed to file material disclosure Form 8-K explaining the lawsuit.

In my previous blog I also provided PROOF that GBGD received a Ministerial Decree from Government of Armenia that its GETIK License was cancelled by the Ministry of Energy and Natural Resources, due to non-performance.

Over 2 months have now passed and GBGD has not filed a Form 8-K to disclose this material event either.

Stay tuned.....As news filters out about this new lawsuit against GBGD and Mr. Van Krikorian I will bring the facts to your attention what GBGD has failed to disclose to investors in my continuing whistle-blowing effort to expose fraud at GBGD.

This blog is an effort to bring transparency of the activities of Global God Corp. (otcqb: GBGD) and Mr. Van Z. Krikorian in Armenia.
Posted by Bill Mavridis at 11:37 PM No comments: