On December 12, 2014, Ecological Right, an Armenia based environmental NGO, sent a letter to the Minister of Nature Protection of the Republic of Armenia, demanding that a criminal investigation be opened on Mego-Gold, a subsidiary of Global Gold Corp and owner and operator of the Toukhmanuk Gold project.

Ecological-Right lists the following as grounds of criminal investigation and charges against Mego-Gold/Global-Gold.

The letter is signed by the Chairman of Ecological Right NGO in Armenia, Mr. Arthur Grigorian. 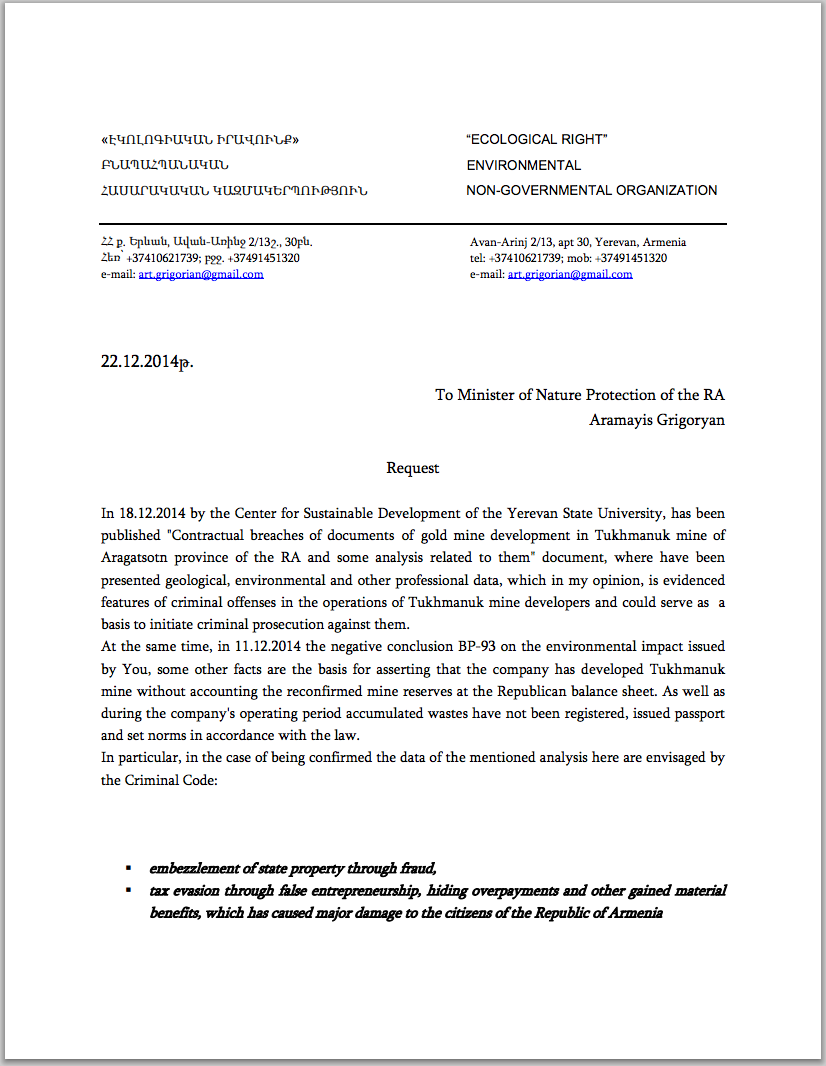 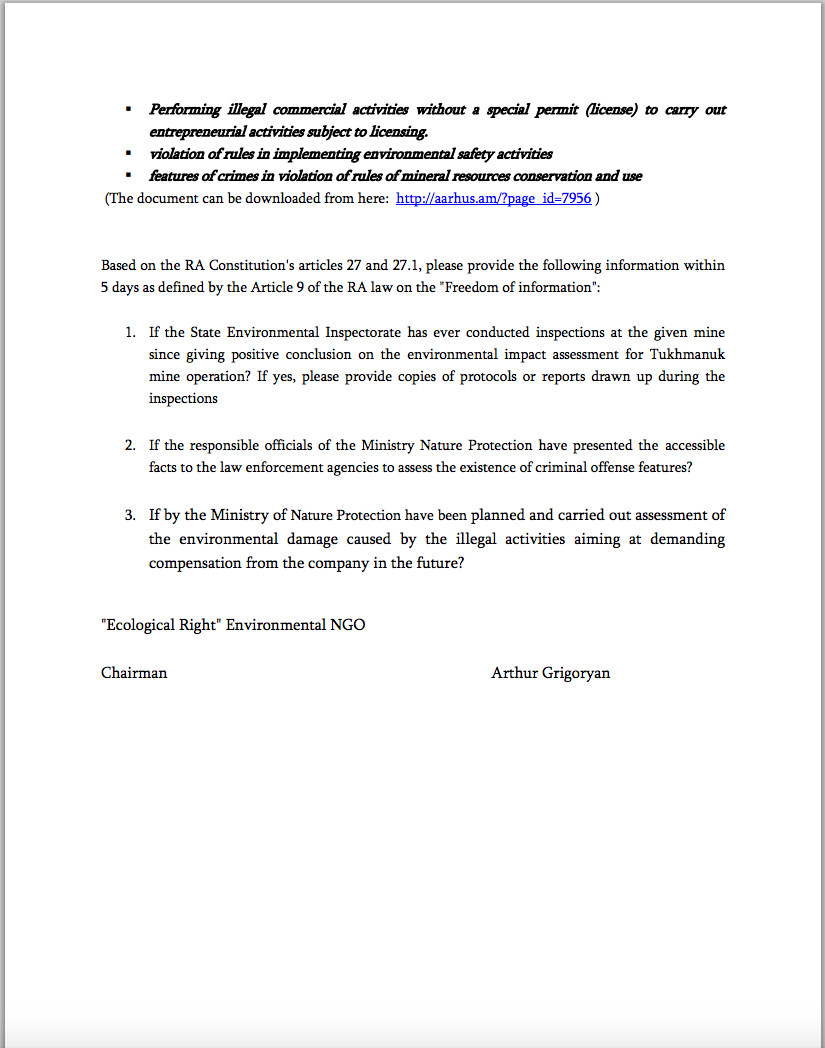 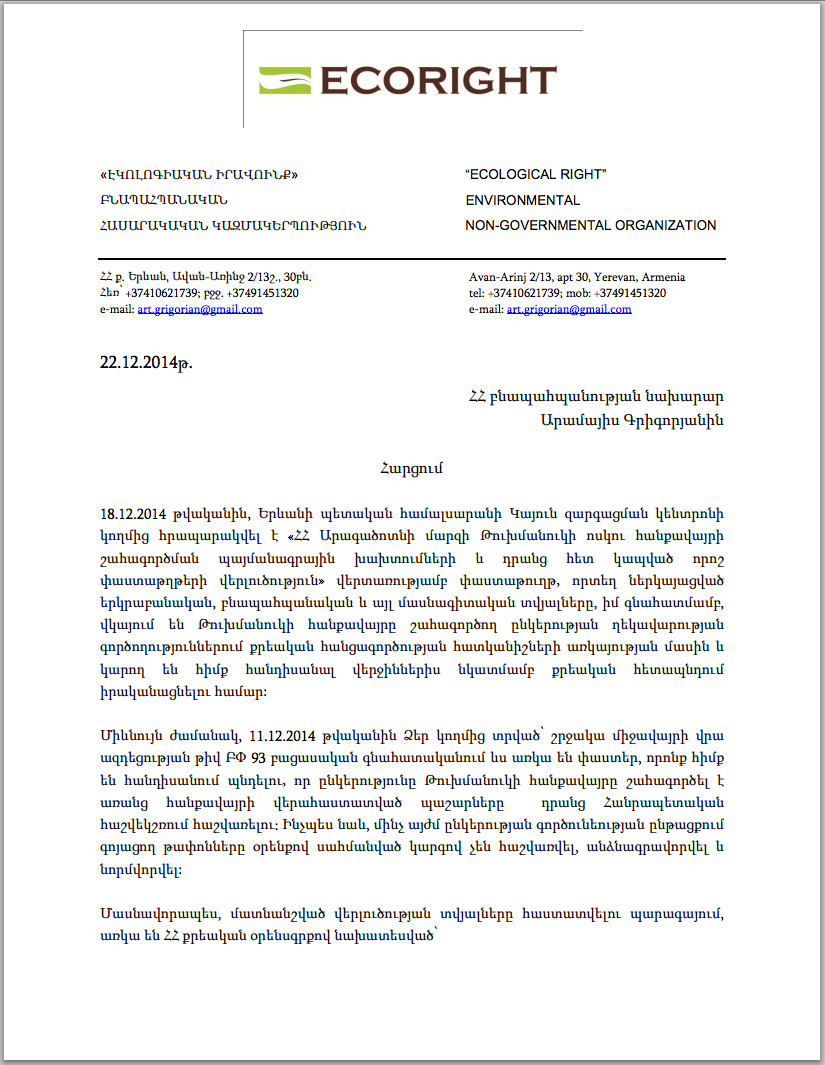 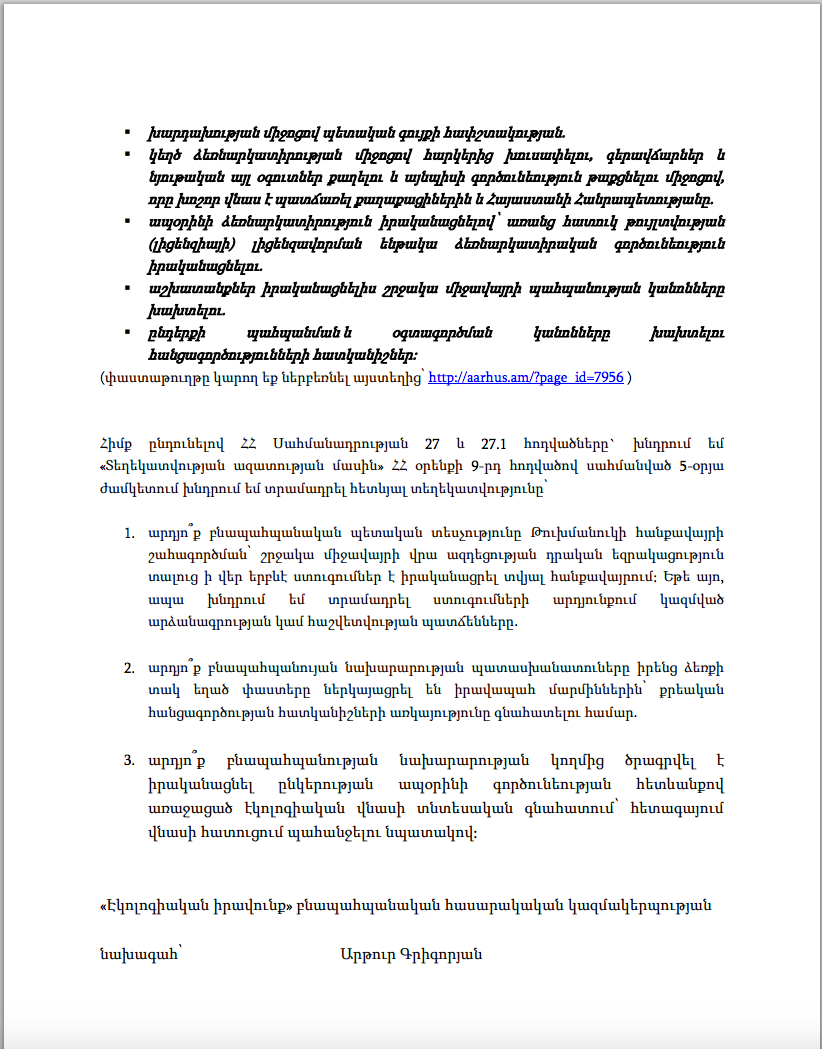 Posted by Bill Mavridis at 7:27 AM No comments: