Back in July 10, 2013, GBGD put out a press release touting a new agreement to finally put the Toukhmanuk Gold Mine into full production. In their press release GBGD was proud to announce that they signed a deal with Linne Mining, Industrial Minerals and Jacero Holdings.

Mr. Van Z. Krikorian was so tickled pink he wrote:

“Right now, we anticipate that our employees will go back to work this summer and mining at the central section of Toukhmanuk should ramp up to 500,000 tonnes in 2014 and level off at 700,000 tonnes per year in 2015 going forward ” noted GGCRL Executive Chairman and GGC Chairman and CEO Van Krikorian."

One year since that deal was signed and still no mining operations have commenced at the Toukhmanuk Gold Mine, because GBGD has been unable to get a Permit to build a tailings dam (for now). In fact the permit was refused by the Ministry of Nature Protection (MNP) of the Republic of Armenia on April 26, 2013. I guess the refusal of a permit to build a tailings dam by the Armenian Government is not material news that should have been include in the July 2013 Press Release. If investors knew the truth about refusal of a tailings dam permit, then Mr. Krikorian's statement that  "mining at the central section of Toukhmanuk should ramp up to 500,000 tonnes in 2014" would sound at best, highly promotional. But I digress....back to the deal.

A close inspection of all the deal documents . . .

1. Who is Linne Mining?
2. Who is Industrial Minerals SA?
3. Who is JACERO Holdings?
4. What is the total cost of the Offtake Agreement to GBGD?
5. Where is the Debit Facility being funded from?

To answer these questions I used public sources including GBGD's SEC filings and public searches of corporate databases and I was able to paint the following picture of the deal.  And you know what they say about pictures...

A PICTURE IS WORTH A THOUSAND WORDS 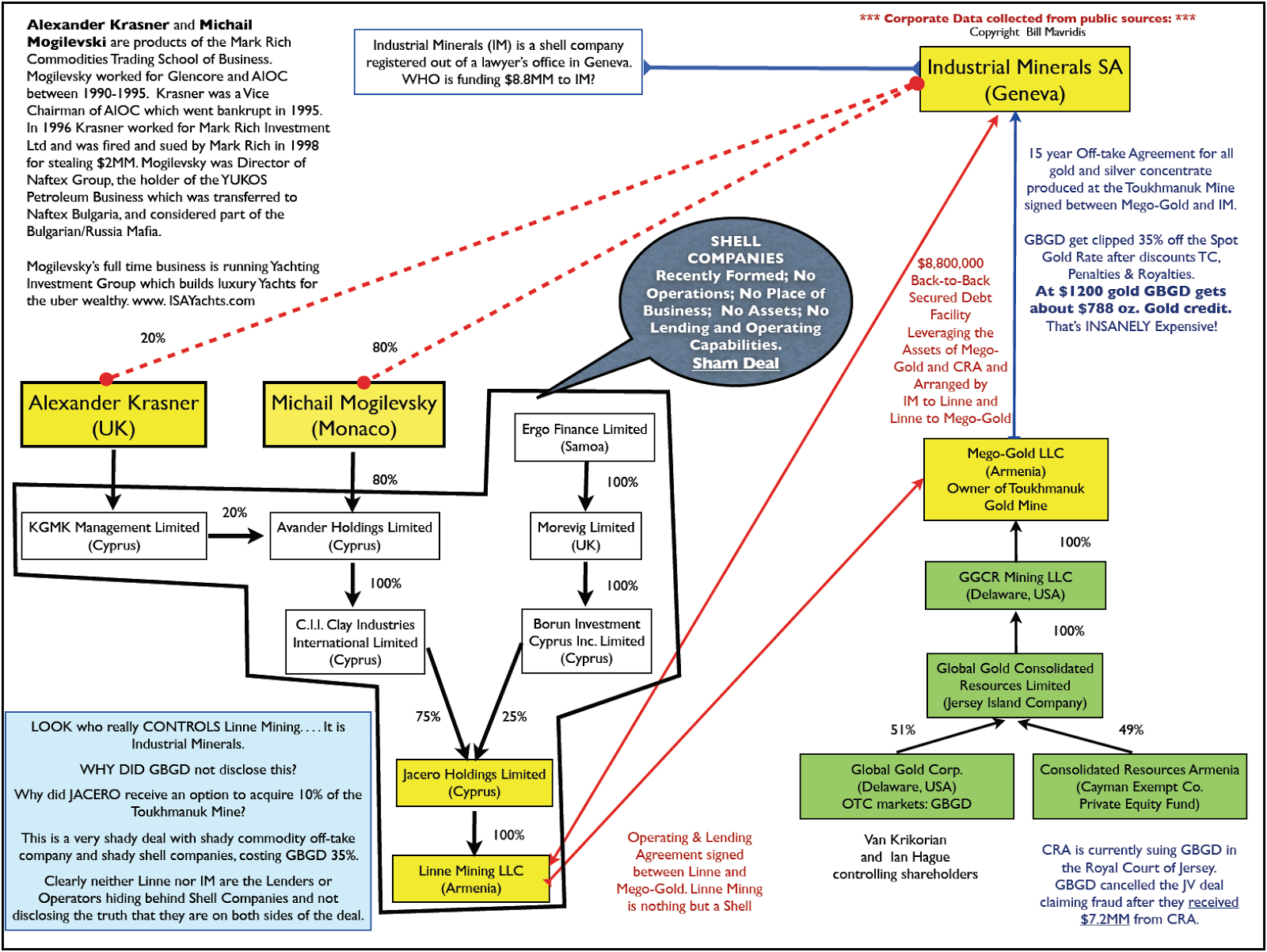 I have placed notes on this chart to try to explain all the connections of what I was able to verify. (I am willing to correct anything if its wrong so feel free to send me an email at bmavridis@gmail.com of I need to correct anything)

We learn from this picture that GBGD, a public company with 1,300 shareholders, signed a deal with a bunch of faceless CYPRUS registered shell companies and gave 100% guarantee by pledging all their TOUKHMANUK Gold mine assets, to close the deal.

It took some work, but I was able to trace the ultimate beneficial owners of Linne Mining. The main owners (75%) were the principals of Industrial Minerals, SA (IM). I was surprised! Why was this not disclosed? The other 25% is Borun Investments, probably related to Borun Group of the Republic of Georgia.

The other crazy part about this picture is that it is not clear where the $8,800,000 credit facility that IM provided to Linne Mining (ie IM gave to itself) is coming from? Is it coming from Industrial Minerals bank account? This is not obvious at the moment and most likely the money is coming from a loan by a third party, maybe a bank, maybe a bank like BNP Paribas?

Look below.... In June 2011, GBGD was negotiating a $10,000,000 production finance facility from BNP Paribas, with the help of IM. For whatever reason, that deal was never signed by GBGD, but now a similar deal was signed 2 years later by GBGD with IM, along the same terms, or perhaps more expensive terms. Why?

For now it is important to digest all this information and at GBGD's annual shareholder's meeting perhaps we can get some answers surrounding this Shell Game!

In my next blog I will look at the COST of doing business with Industrial Minerals. At the end of the day one needs to know if GBGD will make a profit operating the Toukhmanuk Gold Mine or is this just a doomed deal created to suck the Toukhmanul assets out of the company for the benefit of certain faceless CYPRUS shell companies and their unknow shareholders? 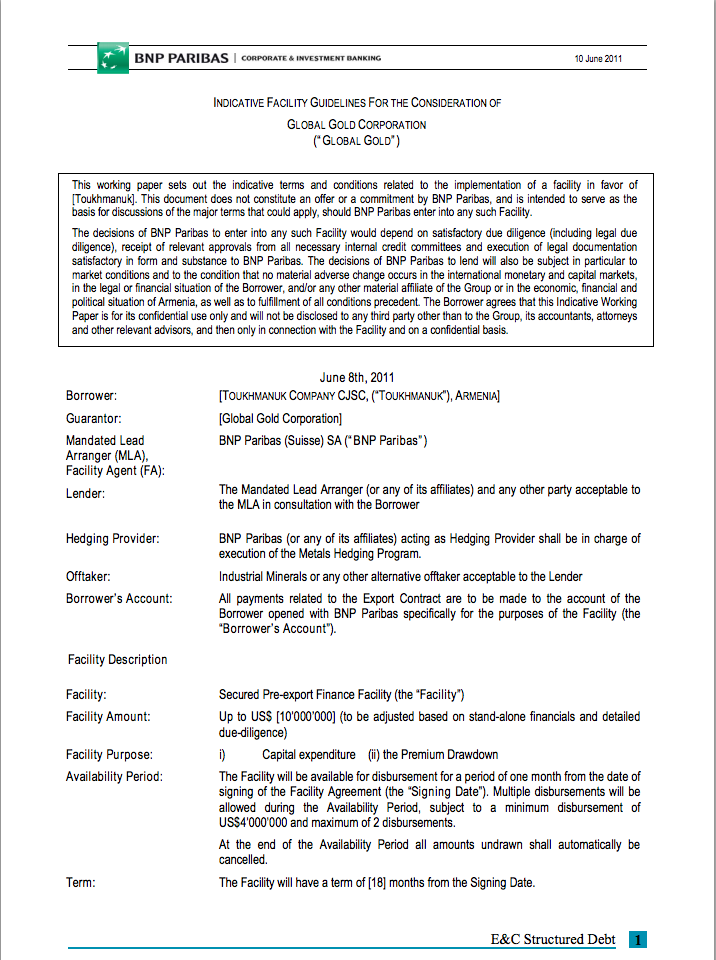 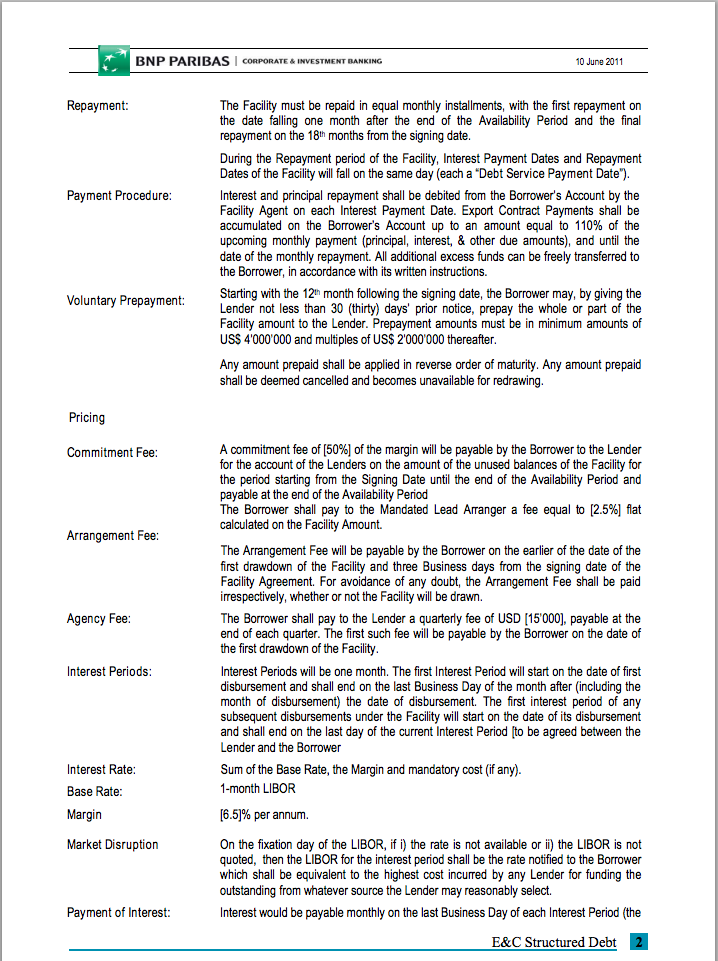 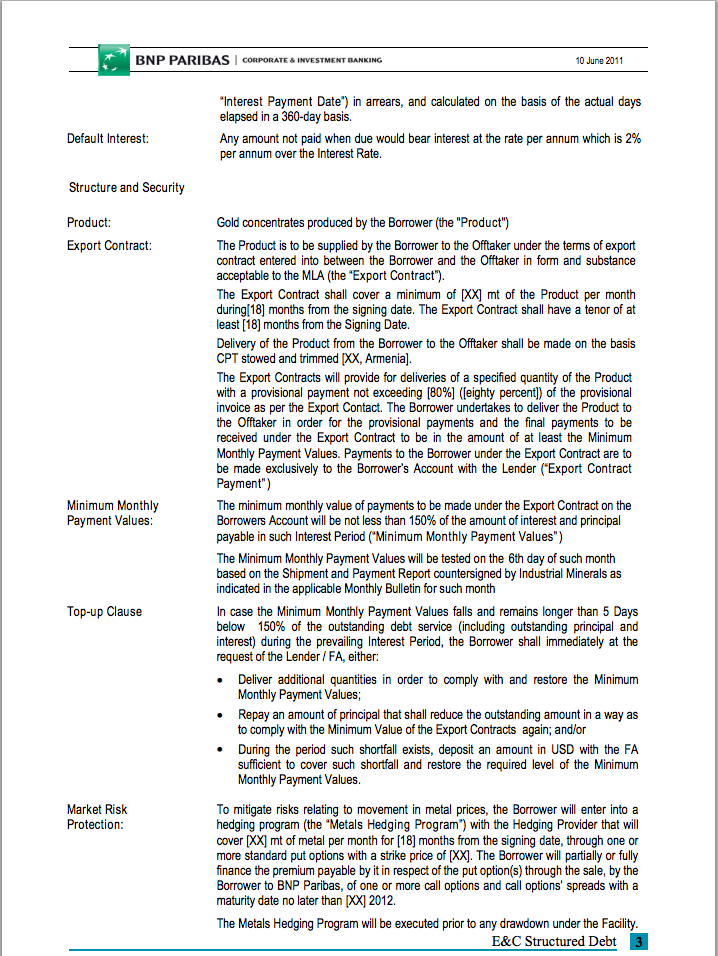 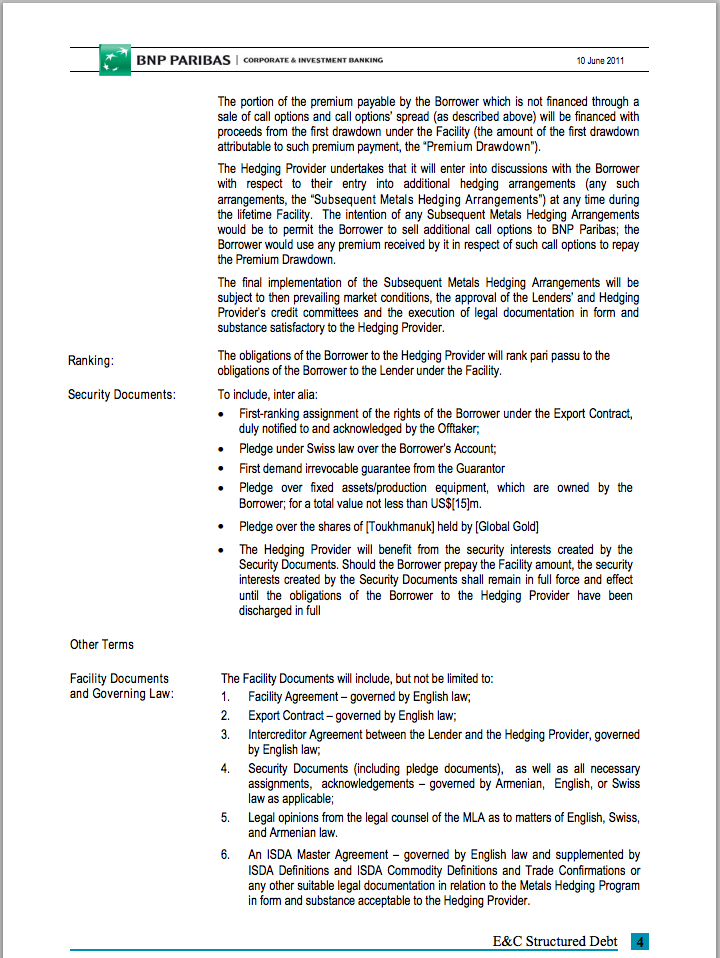 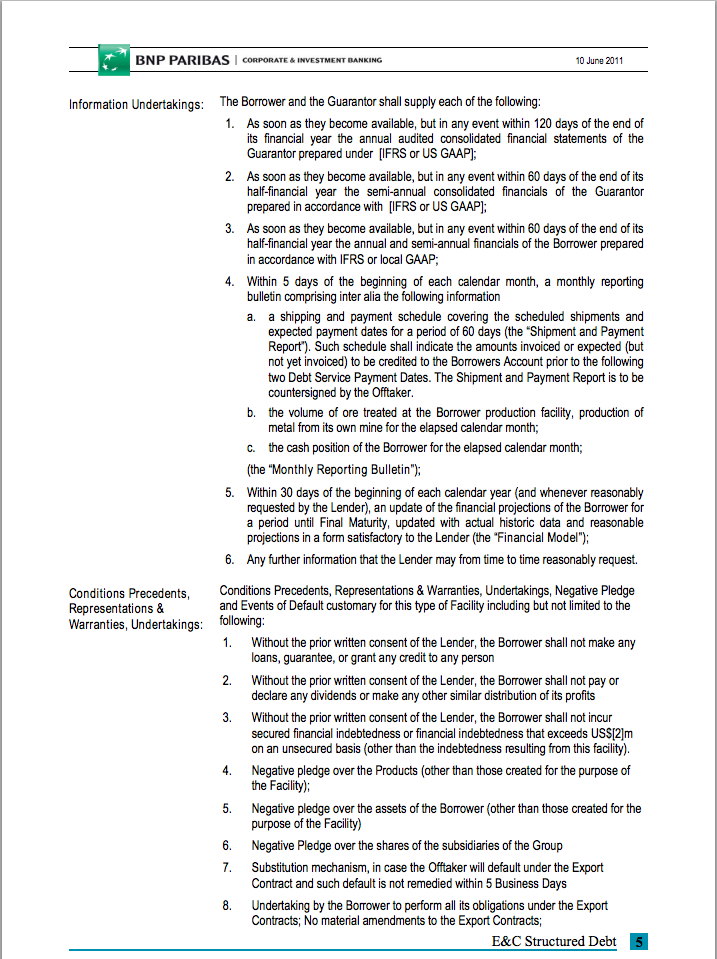 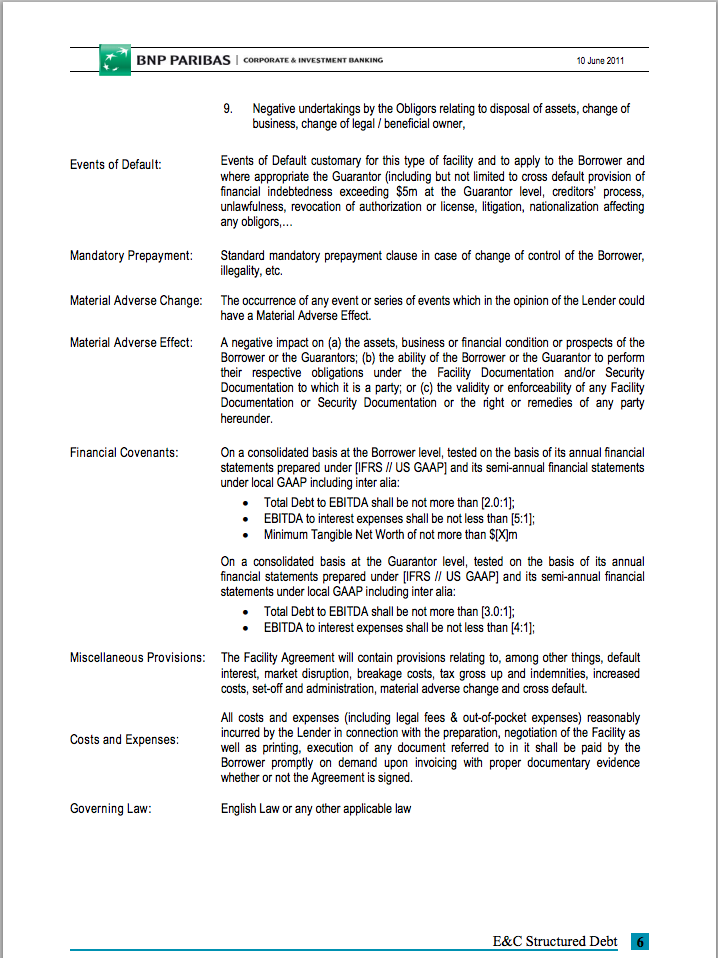 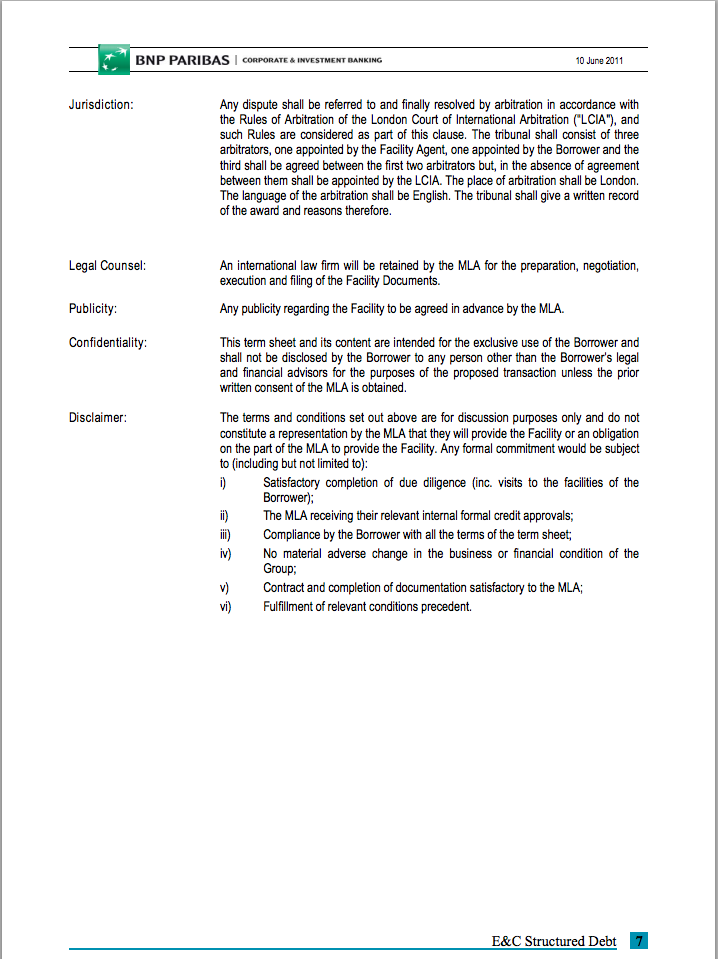 Posted by Bill Mavridis at 12:06 AM No comments: